In 2008 was a speaker at the Baltik Sea Region Countries Business Forum.

Ilya is a Russian ice dancer. With Marina Anissina, he is the 1990 & 1992 World Junior champions. With former wife Irina Lobacheva, he is the 2002 Olympic silver medalist, the 2002 World Champion and the 2003 European Champion. 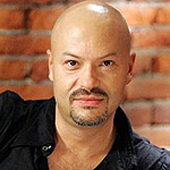 Fedor is a famous Russian film director, actor, producer, clipmaker, TV host. He is a founder of a production company Art Pictures Studio, creator of acclaimed movie The 9th Company, which became the most profitable Russian movie at the box office of 2005, the film won 7 movie awards and was 8-time nominated. In 2006 The 9th Company was a candidate from Russia to be nominated on Academy Award. Bondarchuk is a winner of TEFI award in nomination “The best host of the entertainment tv-show”. He is a winner of Golden Eagle Award in 2012 as the Best Actor. 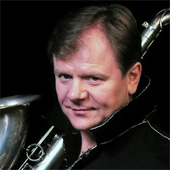 Igor Butman, saxophone virtuoso, bandleader, club owner and television host, is Russia's number one jazz personality. In June 2009 Igor launched his own label called Butman Music. Igor has performed at every Olympic Games starting with Athens'2004 and he was among those who ensured Russian victory in running for the capital of Winter Games in 2014. Igor Butman runs international "AquaJazz" festival which is held annually in July in Sochi. On October 28, 2011 Igor Butman was given a rank of People's Artist of Russian Federation for outstanding services to Russian music by the decree of Russian President Dmitry Medvedev.

Special guest of the Modern Wealth Management Forum in may, 2008

Russian journalist best known in the West for appearing on television to represent and explain the views of the Soviet Union during the Cold War.

In 2007 was a speaker at the 2nd Wealth Management Forum. 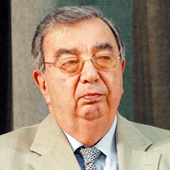 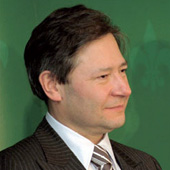 Leonid Dododzhonovich Reiman is a Russian businessman and government official, former Minister of Communications and Information Technologies of the Russian Federation. Leonid Reiman has been numerously rated most influential person in Russian telecom business with personal wealth over $1 bln., according to Finance magazine.

Order of Merit for the Fatherland; 3rd class (12 July 2007) - for outstanding contribution to the development of modern information technologies and the creation of the domestic telecommunications network; 4th class (12 July 2005) - for great contribution to the development of the telecommunications industry of the country and many years of fruitful work; Honoured Worker of Russian telecommunications; RF Government Prize in Education and Science and Technology; Winner of the annual international prize "Person of the Year" (2005); Winner of the highest legal prize "Themis" (2003); In 2002-2004 performed with opening speech at the “Communication and investment in Russia” conference. 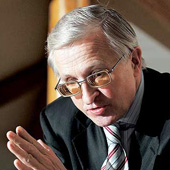 State, political and social activist. President of the Russian Union of Industrialists and Entrepreneurs, President of State University "Higher School of Economics."

In 2008 was a speaker at the Baltic Sea Region Business Forum. 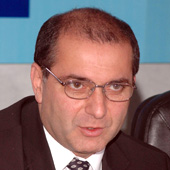 Banker, president of the Association of Russian Banks.

Chairman of the Financial Forum. 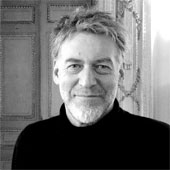 Russian journalist, music critic, concert promoter, broadcaster, and an academic who has taught classes on music journalism at Moscow State University. He was born in Yaroslavl, then in the Soviet Union. In 1988 he was described in the New York Times as "the leading Soviet rock critic". In 1986 Troitsky was one of the organizers of the "Account No. 904" rock concert, modelled on Live Aid, to raise funds for the victims of the Chernobyl disaster, the first such concert in the Soviet Union.

Special guest of the Modern Wealth Management Forum, may 2008 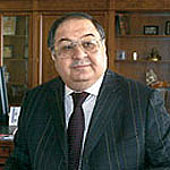 Alisher is a Russian business magnate. According to the 2011 edition of Forbes magazine, the oligarch is one of Russia's richest men, with a fortune estimated at US$18.1 billion, and the world's 28th richest person. He has accrued his wealth from mining, lumber and investment. He is the majority shareholder of Metalloinvest, a Russian industrial conglomerate, which he founded to manage Gazprom's metals interests.He is also a co-owner of the media holding which comprises 7TV and Muz-TV federal television channels and 33 regional TV broadcasting stations. Besides this, Alisher Usmanov personally owns the Kommersant and Sekret Firmy Publishing Houses, shares in the company SUP, which controls Internet website Livejournal.com and internet newspaper «Gazeta.ru». Mr.Usmanov is a co-owner of Russia's second-largest mobile telephone operator MegaFon and Russian investment fund Digital Sky Technologies (DST), which owns stakes in popular web portals like Mail.ru, Odnoklassniki.ru, Vkontakte.ru, Facebook.com and others.

In 2008 was a speaker at the Baltic Sea Region Business Forum.