ALEXEY LEONOV
Pilot-Cosmonaut of the USSR, Twice Hero of the Soviet Union

Leonov was one of the 20 Soviet Air Force pilots selected to be part of the first cosmonaut group in 1960. During space mission In common with Pavel Belyaev he was the second pilot  went outside the spacecraft «Voskhod 2» for 12 minutes and nine seconds on 18 March 1965. Alexey Leonov was the first man in open space. He also wrote a book about cosmonaut`s psychology.

Melvyn Bragg is an English broadcaster and author, best known for his work with ITV as editor and presenter of the The South Bank Show (1978–2010). Earlier in his career, Bragg worked for the BBC in various roles including presenter, a connection which resumed in 1988 when he began to host Start the Week on Radio 4. After his ennoblement in 1998, he switched to presenting the new In Our Time, a discussion radio programme which has run to over 550 editions. In his 1998 series On Giant's Shoulders he interviewed scientists about their eminent predecessors, and from 1999 to 2001 he presented The Routes of English, a series celebrating 1,000 years of the spoken language.  He has written 20 novels, the latest of which is Remember Me.

Annual meetings with special guests – well-known businessmen, politicians, film directors, athletes, outstanding cultural and public figures of our time have become one of the most prominent traditions of the Russia and CIS HR Directors Summit. Over the years: Fyodor Bondarchuk, famous film director and producer, Mikhail Barshchevsky, well-known lawer and Ilya Averbukh, ice-show producer and World champion in figure skating have been  among the guests of the Summit. The actor, producer and scriptwriter Nikita Vysotsky was the special guest of the XIII Summit; he spoke about his journey through life, the features of creative teams and managing and motivating extraordinary personalities. 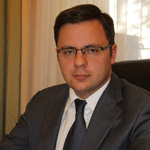 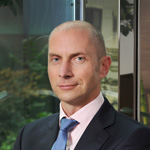