THE AWARD DESIGNED TO RECOGNIZE EXCELLENCE IN PEOPLE MANAGEMENT 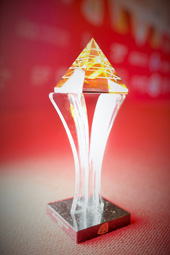 The Award Ceremony will take place in The Lotte Hotel Moscow on October 20, 2017, on the second day of the XVIII HR-Directors Summit in Russia & CIS which is held under the support of the Russian Union of Industrialists and entrepreneurs (RSPP).