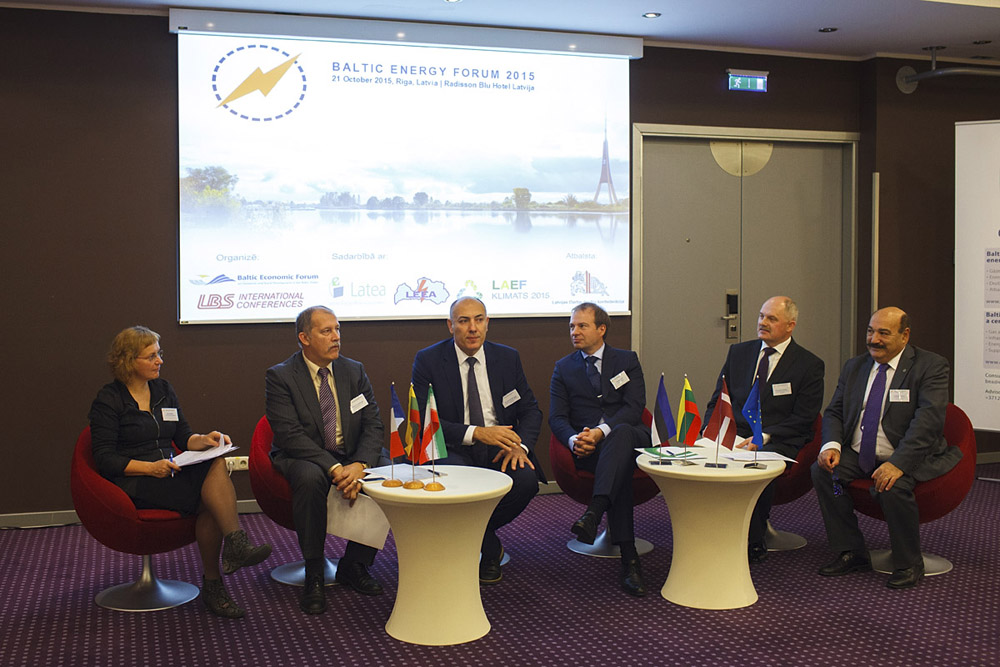 The participants of the Forum indicated that the Baltic States have guaranteed security of energy supply in their region, since generating capacity exceeds total energy consumption by almost 2.5 times and supply sources and routes have already been diversified to a considerable extent (Butinge oil terminal, LNG terminal in Klaipeda) and the scope of diversification is going to grow as new interconnections are introduced between the Baltic States, Scandinavia and Poland.

The Latvian Energy Efficiency Association presented the Baltic Energy Alliance concept and pointed out that the Alliance was envisaged as an energy competence centre aimed at convening together energy business operators. Its task should be to represent the interests of Latvia/the Baltic States in Brussels, participate in the development of the national energy strategy and legislative harmonisation, as well as to promote awareness about the availability of energy experts and implementation of the goals of the European Energy Union, especially given the liberalization of the gas marked to be effected in 2017. Active participation in the implementation of the Baltic Energy Market Interconnection Plan should be a high priority on its agenda with due regard to discussing liquefied gas projects, new interconnections and energy tariffs.

The energy market in the Baltic States has already become functional, and the participants of the Forum concluded that energy prices have already been following a downward trend and, with new interconnections deployed, price levels would decrease even more and would largely depend on prices in the neighbouring countries, i.e. Scandinavia, Poland and Russia. As the market has now been opened for households, the consumers are facing a new situation, and there are additional market opportunities. The consumers can find considerable economies by operating household equipment at times when the load on the power-networks and electricity prices are lowest, i.e. during the night hours, but that requires certain consumer skills and readiness to control the changing electricity prices on a 24h basis.

A lot of attention in the Forum was focussed on energy efficiency and use of renewable resources, tackled by the Latvian Federation for Renewable Energy (LAEF), the Lithuanian Association for Wind Energy, the Latvian Institute for Physical Energy and representatives from businesses. The Riga Energy Agency told about the funding project for insulation of housing with the use of finances provided by the European Investment Bank at an interest rate of about 3 %.. Government officials, regulators, senior executives of major energy market players, researchers and international experts have been among the Forum speakers and delegates.

Next Baltic Energy Forum will take place in Riga in 2016.